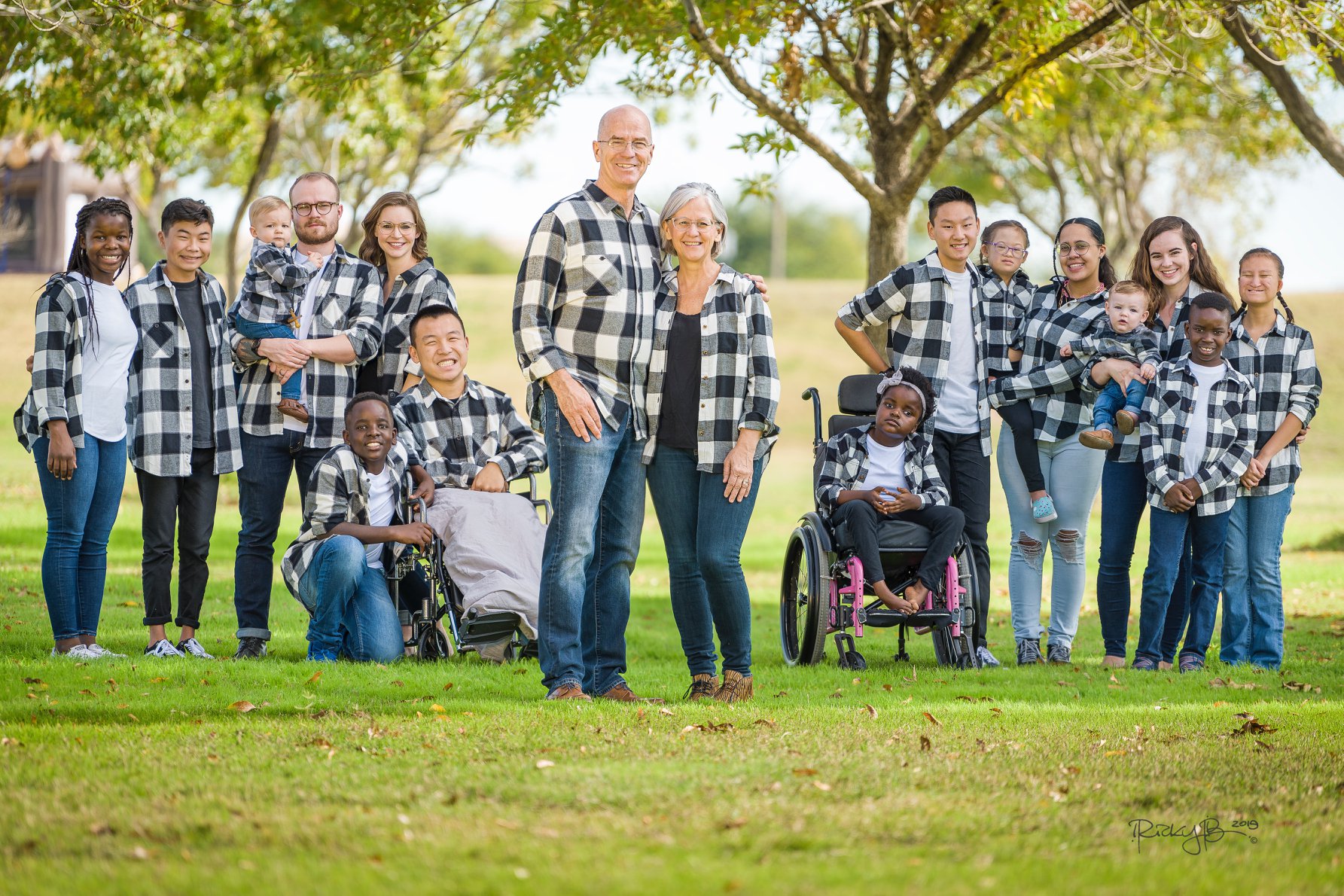 Why We Started IVO

As beautiful as each adoption was, they were burdened remembering the ones left behind and Dwight and Linny knew they had to do more! So with their hearts all in and their lives demonstrating what they passionately believe they committed to making a tangible difference in the lives of waiting orphans by founding International Voice of the Orphan (IVO) a 501c3.

IVO began the ministry by providing medical care, life-saving surgeries as well as meals to the orphans. IVO has fed approximately 2 million meals to orphans and their staff around the world.

In 2013 their fourth oldest daughter, Emma, moved alone to Uganda to launch The Gem Foundation, a home for special needs orphans. Emma and her husband Josh, have dedicated their lives to serving the broken-bodied orphans of Uganda. As “The Gem” needs continued to grow IVO narrowed its focus to advocate and support the special needs orphans at the Gem.